On my previous post, I shared my self-project OneWindows startup, lock, and login design concept. Today I would like to share my OneWindows desktop or main screen design concept. Most of the ideas on this design concept are taken from Windows Feedback Hub and I’ve spent months or maybe years, to look for the great or best idea suggested by the community. 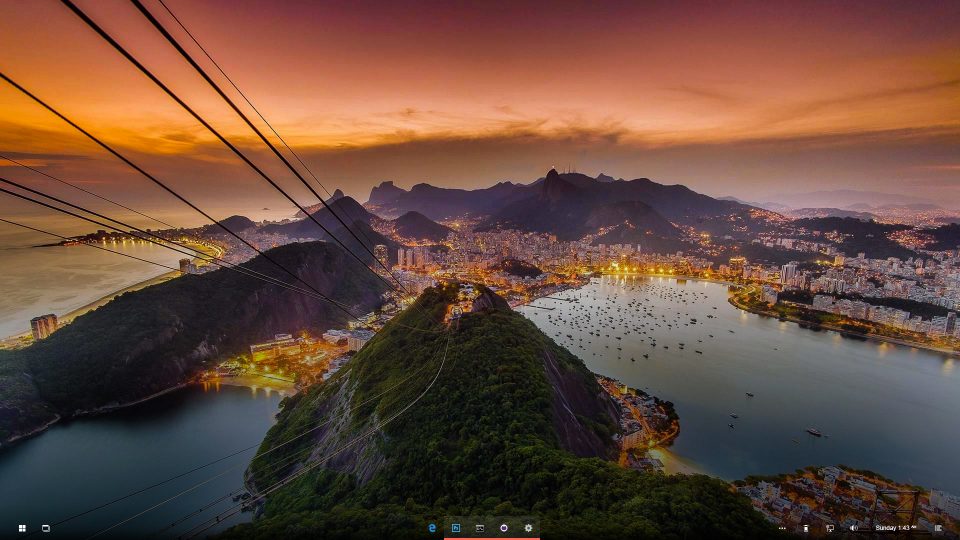 OneWindows new user interface is now clean, familiar, and touch friendly. The first thing you’ll notice on this design is the Microsoft logo on the start button. The reason for this are: first, it’s a way to advertise the company’s branding or identity, like what Apple did on their macOS. Second, Microsoft logo looks like a “live tiles” silhouettes which is perfect for the start button. Third, I don’t like the current Windows logo, and having a perspective view icon on taskbar looks weird while everyone is front and center. 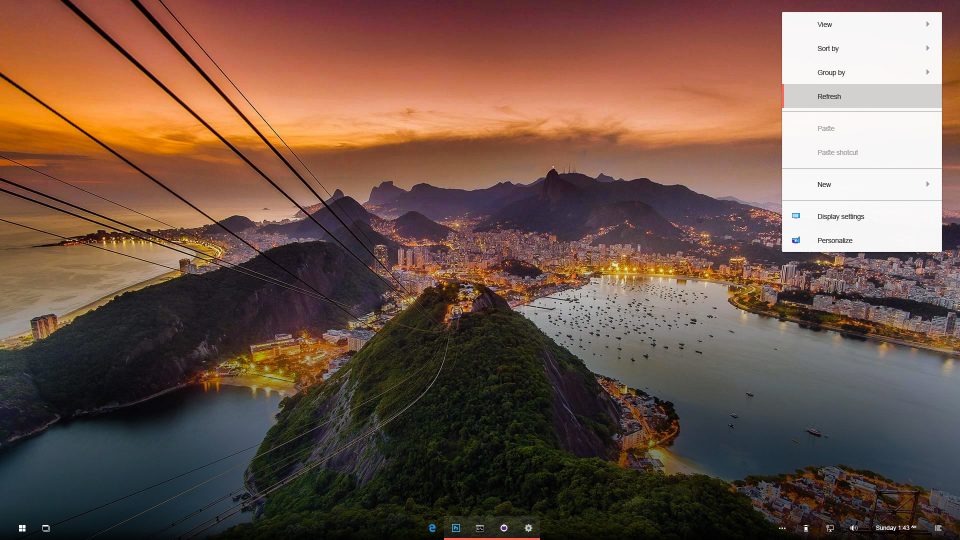 The reason for this, when I check comments on dark or night modes on Windows Feedback Hub, most of them is because users are using their devices at night or dark places. Instead of having dark or night mode, OneWindows will automatically adjust the color temperature of the user’s device screen, depends on the users local time. The user can turn this feature off or manually adjust the color temperature the way the user wants it on OneWindows settings. 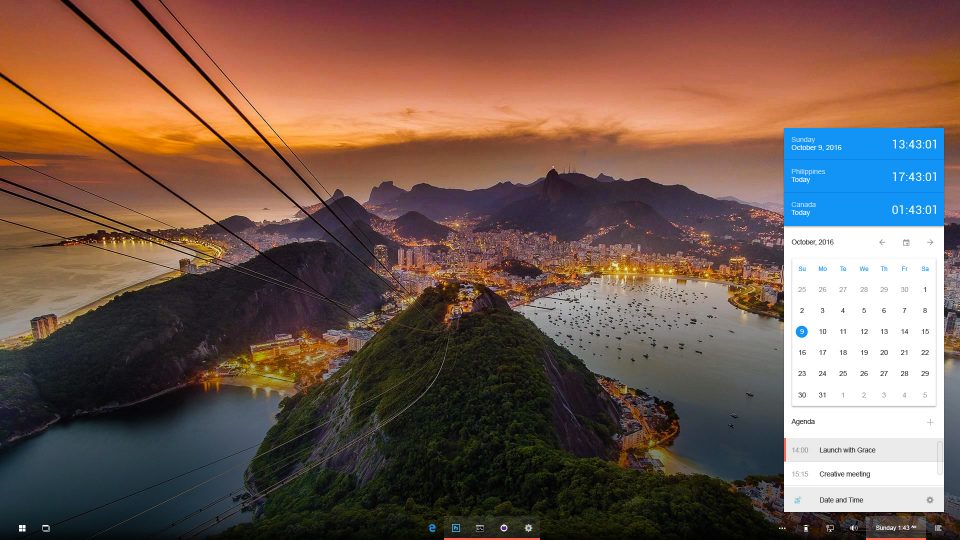 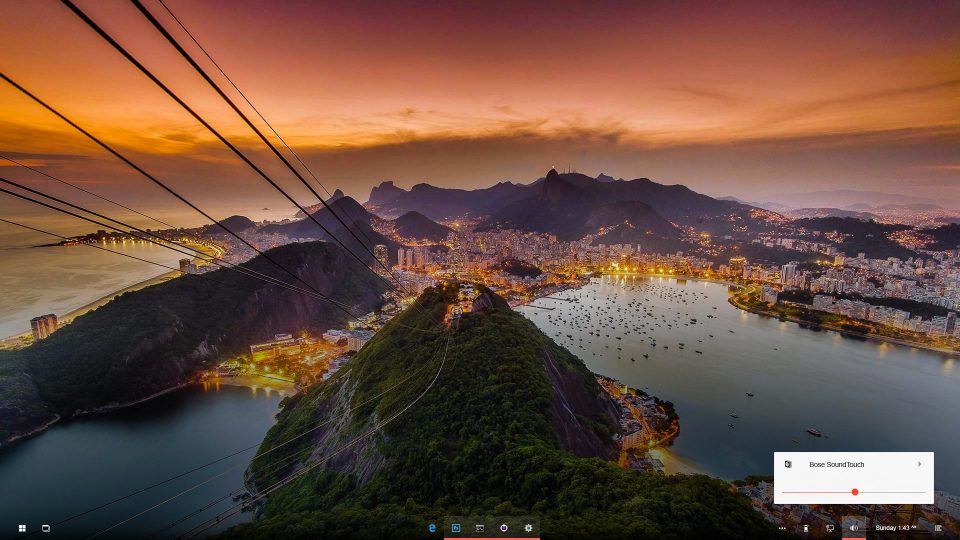 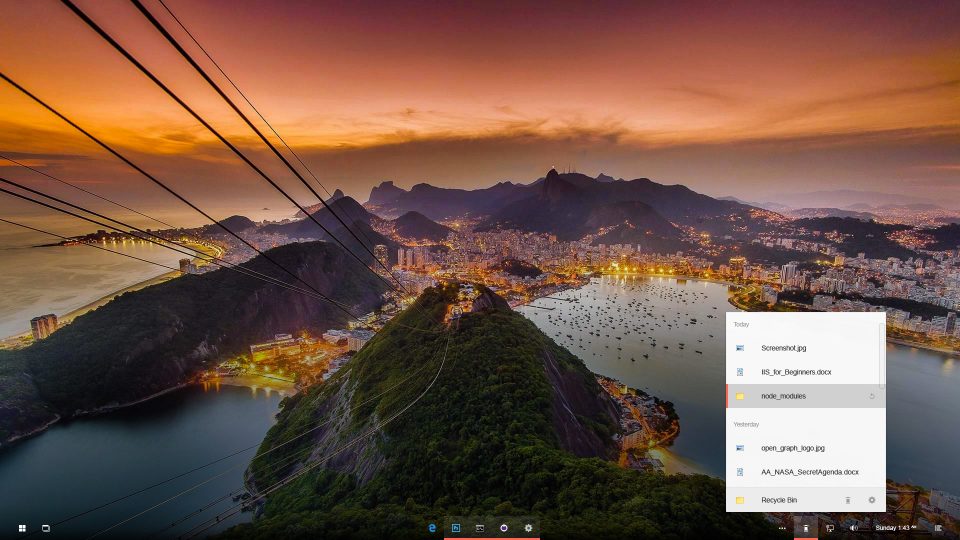 One interesting idea I’ve read on Windows Feedback Hub was moving Recycle Bin on the taskbar, together with system quick access buttons. This way, even if the user has lots of windows open, the user still have easy access on Recycle Bin rather than minimizing every window just to access it, though “Windows Key + D” on the keyboard works fine for me.

I also have an iMac, and this idea is already on macOS for a very long time now. However, it is a great addition to Windows for the user to experience. 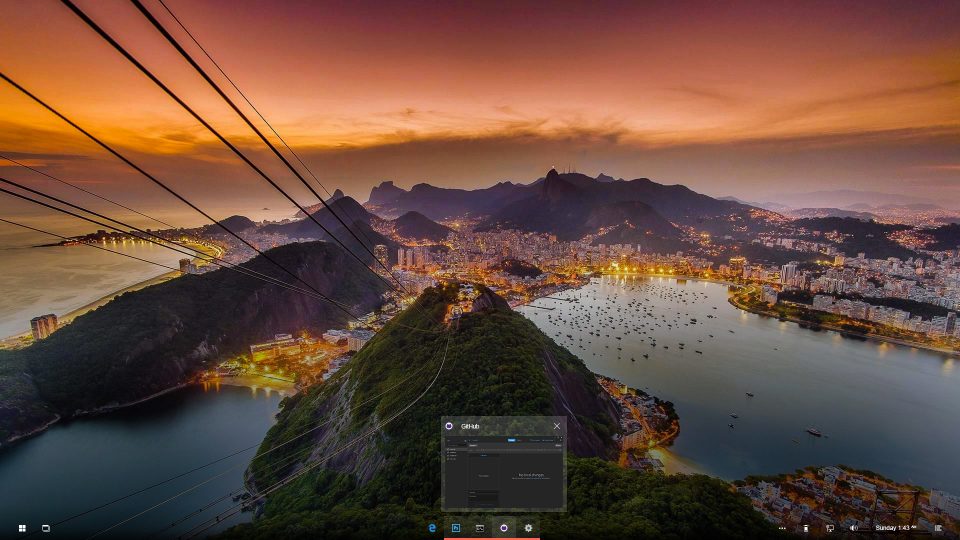 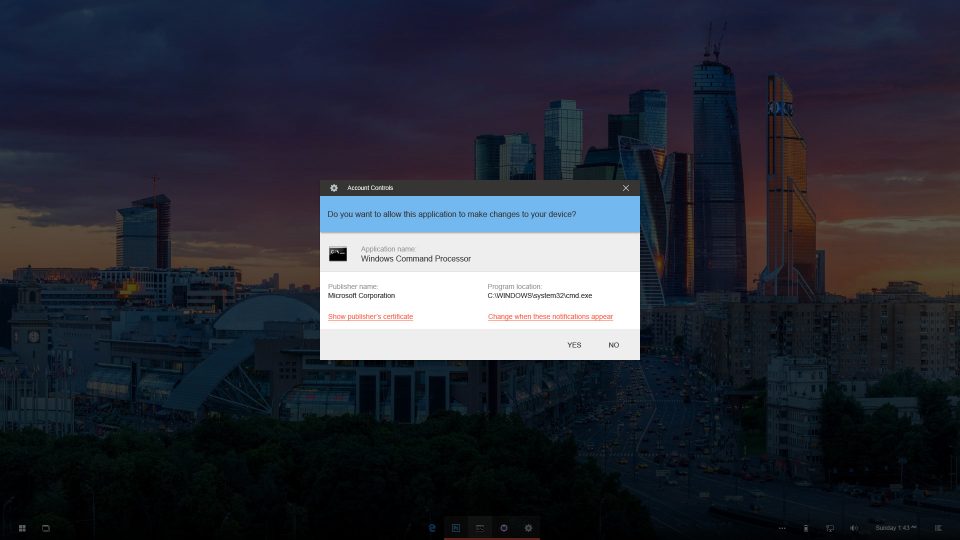 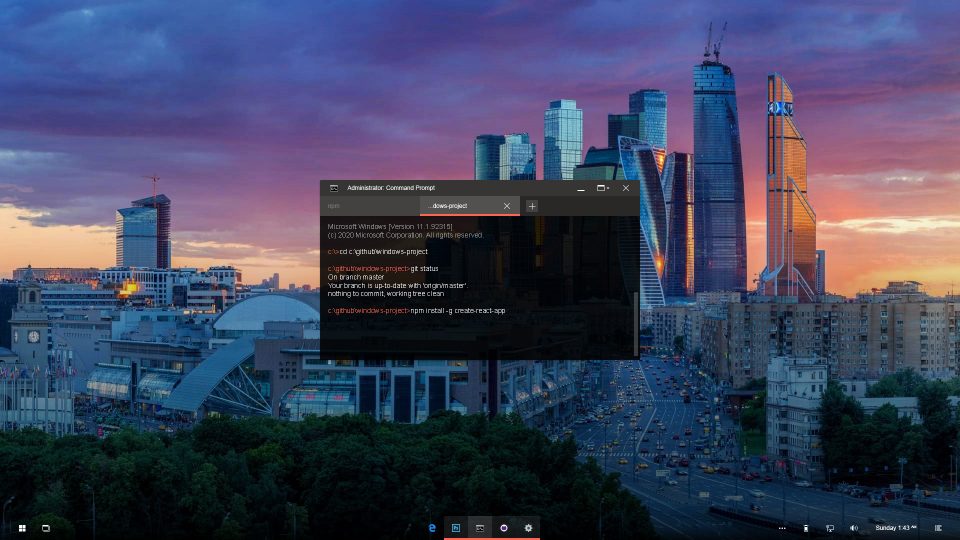 I’m also a developer, and I spent a lot of time using Command Prompt or Terminal on macOS. Developers on Windows Feedback Hub are requesting for a tab features on Command Prompt, Bash, and on PowerShell. On OneWindows, this feature is now added, to increase developers productivity. 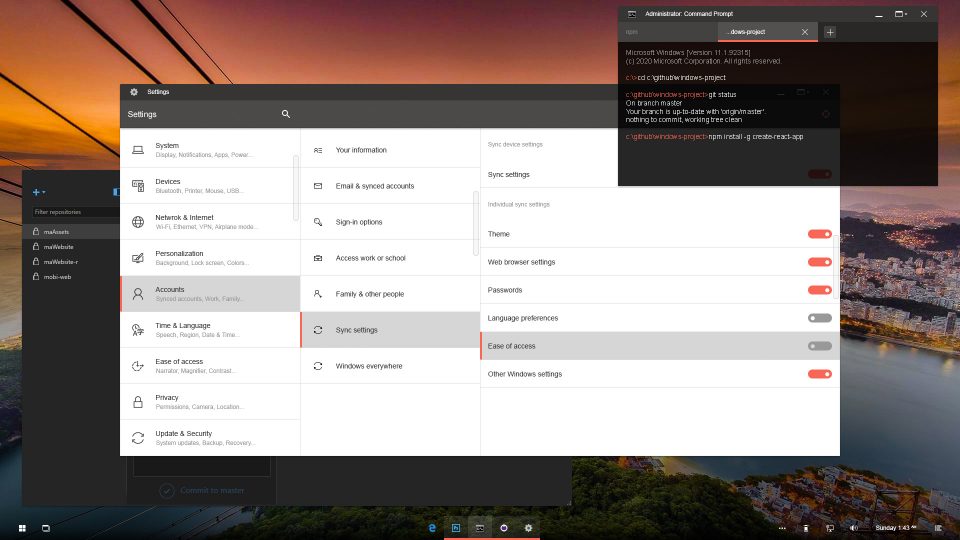 One of the most requested interface updates from the Windows Feedback Hub community is removing the border on the active window. On OneWindows, the active window doesn’t have a border anymore. 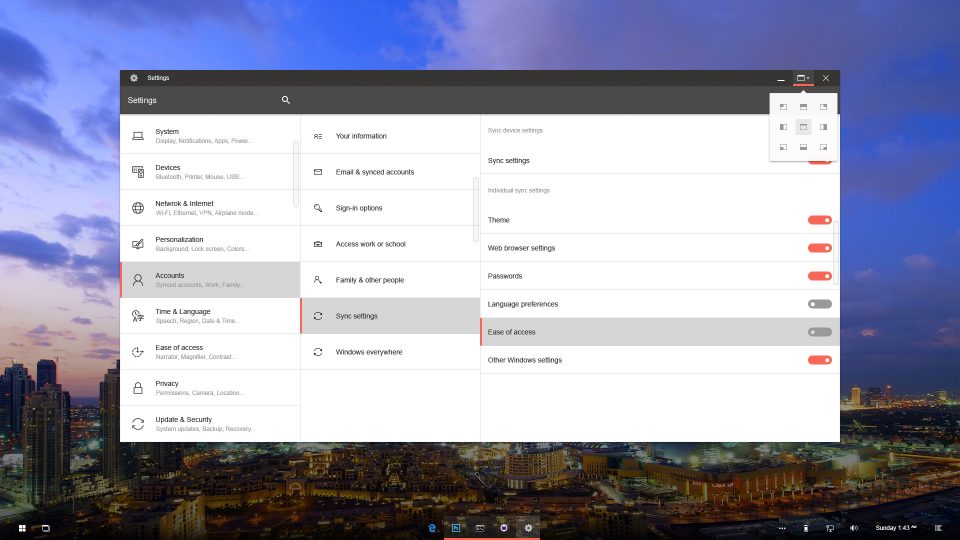 Title bar doesn’t get much of an update. Since Windows supports touch devices, I believe it’s time to update it. Other than dragging the active window to the edge of the device screen to arrange them, the user can just long press on the maximize button to select the full range of options. 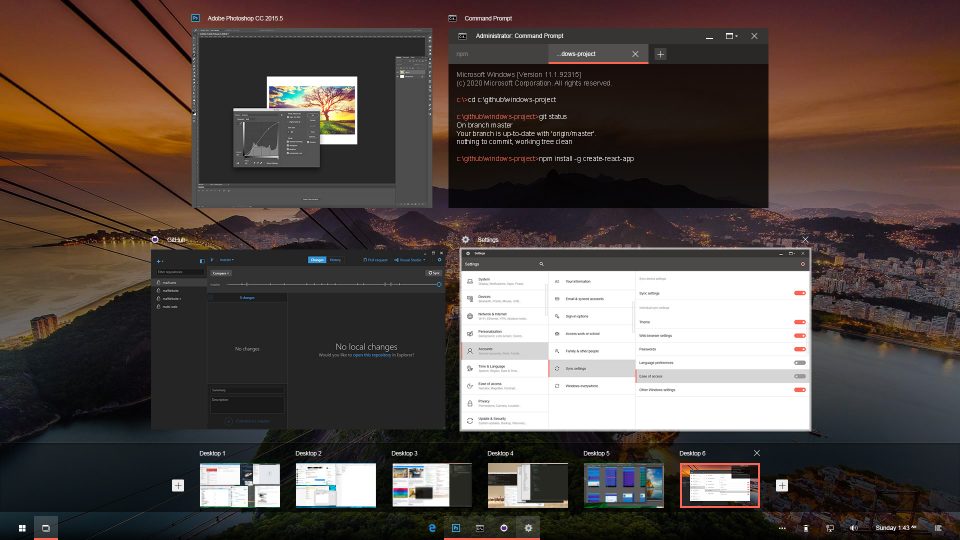 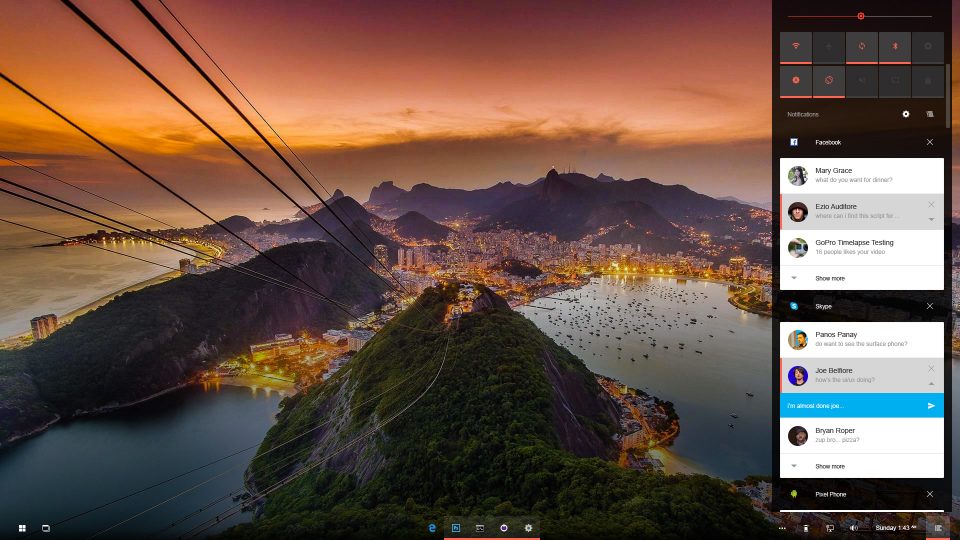 I am a big fan of having notifications on the desktop, but current Windows notification center and quick toggles also known as action center look dull and boring in my opinion. The features are there, but the interface design is very uninspiring. OneWindows action center got an updated interface. Toggles are now located on top to give the user the same experience even on the mobile phone device. 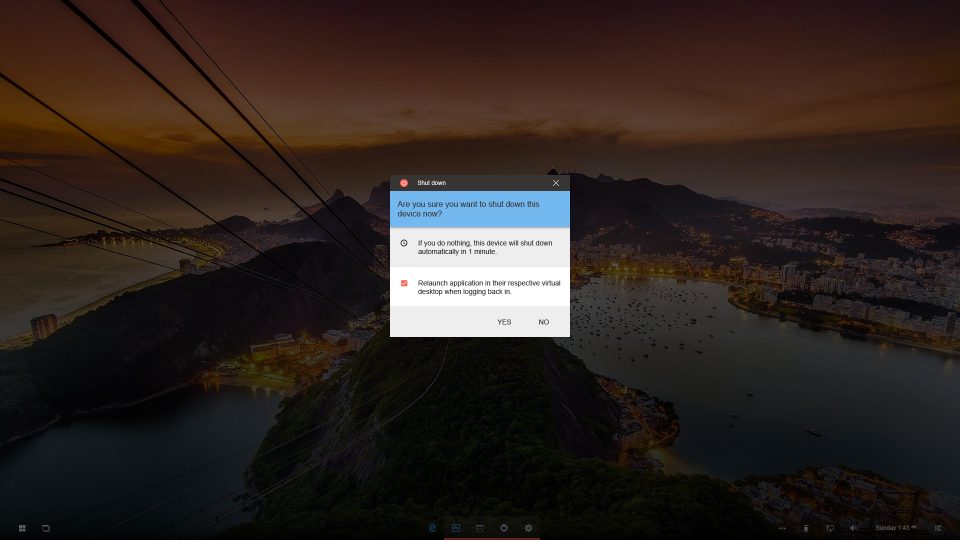 One feature in macOS that I would like Windows to have is when I shutdown or restart my device, it automatically opens my previous opened application. My idea for OneWindows is it does not only opens your application but also reposition it to its previous position.

Wallpapers on this design concept are copyright © by their respective owner.